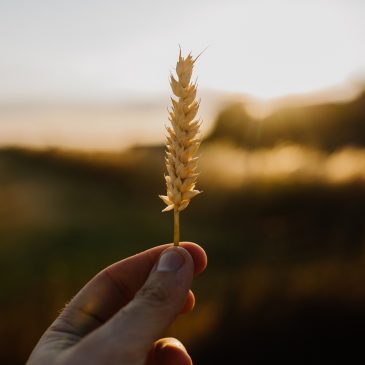 Common questions about starting your own church, becoming ordained as a Christian minister, serving as a ceremonial officiant for weddings, funerals, baptisms and other rites are answered here.

If you have a question that isn’t answered here, please feel free to contact us at any time.

Can I receive ordination as a minister without starting a church?

Yes! Many active ministers receive their ordination through Christian Harvest but serve at established churches or work independently.

Ordination through Christian Harvest is perfect for pastors and ministers working at churches that do not have their own in-house ordination program, or for recent graduates of Bible colleges or theological institutes seeking a minister’s license and ministerial credentials.

To request ordination as a minister through Christian Harvest, please click here.

May I perform marriage ceremonies with my ordination and minister's license?

Yes! Your ordination permits you to serve as a Marriage Officiant and perform wedding ceremonies throughout the United States.

Keep in mind that some jurisdictions require you to register with a local authority – usually the Secretary of State's office or county clerk, depending on the location – prior to performing a marriage ceremony there.

Most states and local jurisdictions do not require additional registration – your active and valid ordination and minister's license is sufficient, but must be submitted to any state or local authority upon their request.

However, the following jurisdictions do require registration prior to performing marriage ceremonies:

Are my fees for my church charter and ordination tax-deductible?

Any fees that you pay for ordination, training, certification or for your church charter may be tax-deductible as a business or educational expense. Please consult with your tax professional for more information.

Any free-will gifts, donations or other contributions that you make to us – whether monetary or physical items, including vehicles, real property or office equipment – are entirely tax-deductible. Again, please consult with your tax professional for more information.

Christian Harvest Churches of America, Inc., is recognized as a tax-exempt church and religious organization in the United States in compliance with Internal Revenue Service regulations, and meets all legal qualifications under Internal Revenue Code Section 501(a) as a religious organization as described in Section 501(c)(3), and as a church as described in Section 170(b)(1)(A)(i). Our IRS tax ID is 84‑3641108.

What documents are included in my ordination credentials package?

Your ordination credentials package will include: 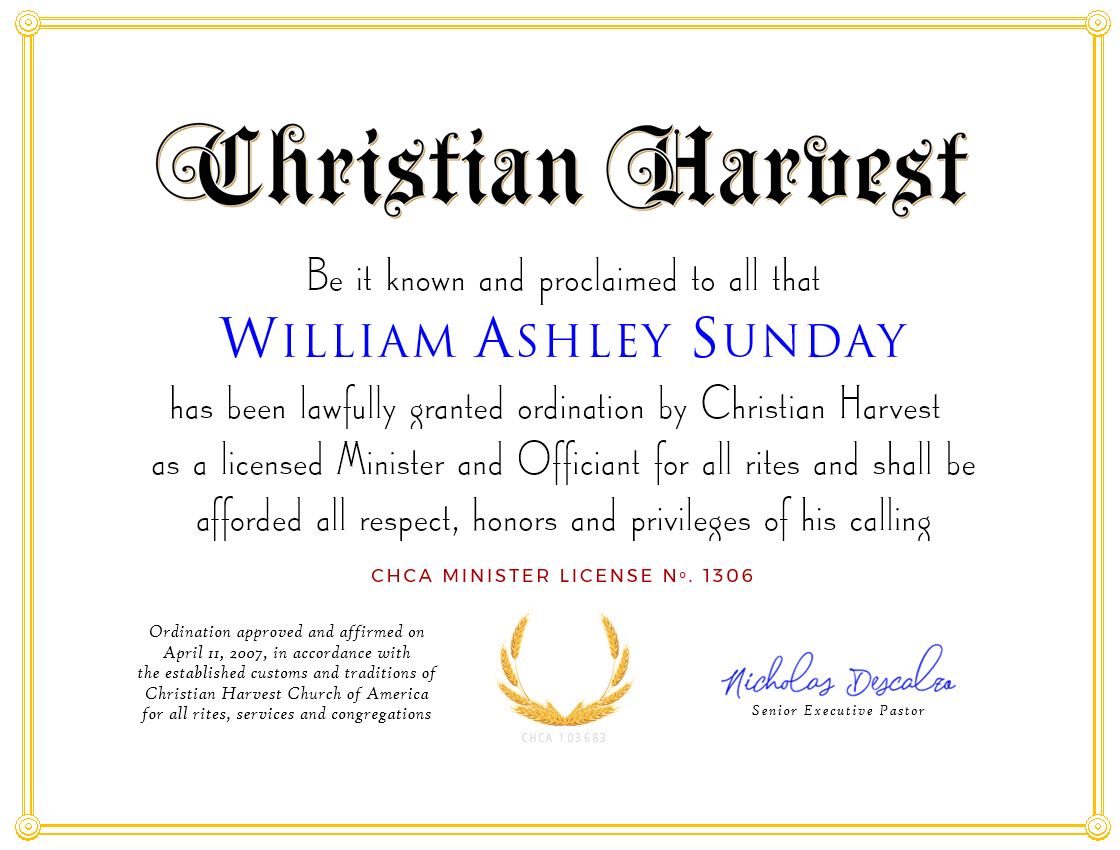 Will my credentials package include a clergy parking permit?

No. Although being permitted access to close and convenient parking would be nice, we do not consider it to be inherently a God-given right. Besides, a few extra steps might be a health benefit!